For a one-name study whose origins are in the United Kingdom, birth, marriage and death certificates (or the information contained therein) are a fundamental building block enabling reconstruction of families. Registration of births, marriages and deaths in England and Wales has been ongoing since 1837. The Millington one-name study is a comparatively large one, to the end of 2018, there have been 27,113 births, 18,572 marriages and 17,750 deaths.

Certificates can be purchased from the General Register Office at £11 a time, though PDF copies of early births and deaths are available at £7. There is no other way to get at the information recorded on birth or death certificates, though for marriages if the event took place in a church then it might be possible to find a copy of the marriage register in a record office or increasingly online on one of genealogy data providers such as Ancestry or FindMyPast.

Clearly buying copies of all of the certificates would be impractical, costing several hundred thousand pounds. Hence this appeal! If anyone has copies of birth, marriage or death certificates that they would be prepared to share with the Millington one-name study, we would be delighted to receive them (in the case of marriage certificates, the study only requires copies of marriages that took place outside of the Church of England or the Church in Wales). Information on certificates is used solely for family reconstruction and made available in the Millington archive (via Registration only). Copies of certificates are not shared with other parties except with the explicit permission of the provider.

To send a copy of one or more certificates use this link to contact the study. Many thanks in advance, 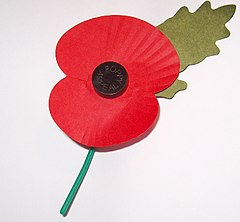 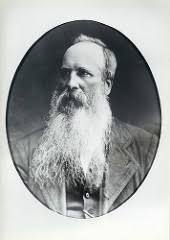 One of the Millingtons that has proved elusive in the 1911 census is a Kezia Millington living at 87 Crawford Avenue, Toxteth Park, Lancashire (RG14/PN22288) as Housekeeper to George Anderson, a surveyor. She is described as 59, a widow and born in Brampton, Derbyshire. I have tried to find more about this lady before without success but I thought I would have another go.

I searched my database for individuals called Kezia(h) who married a Millington – or at least that’s what I meant to do. I accidentally searched for marriages involving a Kezia(h) Millington. I noticed the marriage by licence of Kezia Millington to John Stott Howorth, 16th July 1869 at Rowsley in Derbyshire, close to Brampton. John Stott Howorth is described as a Merchant from Rochdale and a bachelor of full age. Both witnesses were from Kezia’s family, her sister Judith, and John who I presume to be her father.

Previous investigations had linked the John Stott Millington who married in Wiltshire to census entries in Southampton in 1881 (RG11/1210/122/17) and Ormskirk in 1891 (RG12/3038/53/6). In both instances he is living with his mother “Kate” who is listed as being from Barlow or Brampton both in Derbyshire.

But where was the father and where were the whole family in 1871? Eventually I found Kezia Howorth and her son John S M Howorth (John Stott Millington Howorth?), aged 1, are in Baslow, Derbyshire (RG10/3626/26/17), but still no John Stott Howorth senior. There is also a birth registration of a John Millington in Bakewell Registration District in 1869. I have ordered this certificate to see if it is indeed Kezia’s child.

John Stott Howorth was born in Rochdale and baptised as a Wesleyan Methodist in 1829, but was later baptised as an adult in the Church of England at Whitworth, Lancashire in 1850. On 5th August 1852 he married Alice Rawstron at Whitworth.

I also came across an Ancestry tree for John Stott Howorth which implied he died in Lisbon, Portugal in 1893 but with no evidence offered. Intrigued I did a Google search for John Stott Howorth and “Lisbon” and came across a Portugese Wikipedia entry. It confirmed that he died in Lisbon and also stated that he became Barão Howorth de Savacem in 1885. No mention of a Millington connection though.

However, a reference in Yorkshire Evening Post for 19th May 1894 (courtesy of FindMyPast’s British Newspaper Archive) strongly suggests a connection. The announcement of John Stott Millington’s marriage describes him as the only son of the late John Stott Millington, of Lisbon. Substitute Millington for Howorth and it fits with the Baron’s death the previous year.

Why did Kezia and her son revert back to the Millington name? The Wikipedia entry suggests after his marriage to Alice Rawstron he lived with a Portugese lady and fathered three children. It is not clear what became of Alice. John Stott Millington, his son by Kezia, became a Chartered Civil Engineer which suggests that someone was funding his education. Kezia after all was a housekeeper. May be she felt abandoned or had found out that the marriage was bigamous (if indeed it was).

So is the 1911 census entry that of Kezia Howorth (nee Millington)? I think so, but absolute proof is wanting and may always be so. As a footnote, a death of Kezia Millington is recorded in the West Derby Registration District in 1921, aged 78 and that of her son John Stott Millington in Chelsea in 1937, aged 67.

The Millington One-Name Study (ONS) is classified as large by the Guild of One-Name Studies (there are 4,735 entries in the 1881 census covering England, Wales and Scotland). By 1911 there are 6,925 entries and to date there are 7,434 entries in the 1939 register. Add to this some 63,000 entries from civil registration and I am faced with a significant logistical problem – how best to start organising these in to pedigrees.

The traditional, pedigree driven, approach to genealogy is to start with what you know and work backwards, to a marriage and then a baptism or a birth – and on to the next generation (not forgetting births and burials). I believe that this approach works well with small and medium sized ONSs where the set of data is relatively small.

However, I have found that for my study it does not work well for two reasons:

My alternative approach, which I have termed data-driven, is to work through sets of data one record at a time, building as many connections from that record as you can. In that way small pedigrees start evolving, slowly at first, but hopefully more quickly as more connections are made.

Some data sets serve this approach better than others. Census records (and I include the 1939 register) are an excellent start because in many cases a collection of individuals who are already organised in a family.

So I might start by going through each census record trying to match any of the individuals listed to a birth registration. If successful, this will (hopefully) give me a mothers maiden name which might help identify a marriage for the parents. And repeat … 🙂 for all of the census records. Slowly, slowly, the number of people linked grows.

I suspect a different approach might be required when I start to get seriously into the pre-1837 data, but for now it as worked out well for the censuses from 1841 through to 1911 and is going well for the 1939 register.

I would be interested in know how other operators of large ONSs carry out the family reconstruction aspects of their study.

The 1911 census is the most recent census that is available for the UK. Inevitably it has the most detail for family historians including for wives, the number of years that they have been married and the number of children both alive and dead. It is worth paying close attention to the census forms because a number of husbands and widows also provide this information even though it is not required.

By 1911 the range of forenames had vastly increased making the identification of children much easier and similarly there are more individuals with middle names (which may only be given as an initial).

Lastly the recent release by the General Register Office of the results of their indexing program means that mothers maiden names of children born before 1911 can be more readily identified.

Given all of these changes, I thought it was a worthwhile exercise  to see how many of the 6925 Millington entries that I have located in the 1911 census could be linked to at least one of a Birth, Marriage or Death entry.  After a number of years work on this, I am left with 478 entries (just under 7%) that at present are still in my difficult pile.

The list as it currently stands can be found here. If you have any evidence linking these entries to birth, marriage or death registration I would be delighted to hear from you. I doubt whether I can match all of the outstanding entries, but a few more would be good.

Update (02.05.2018) The list is now down to 454 entries – hopefully in a future post, I will talk about some of the more complex identfications I have made.